Each fall, thousands of sandhill cranes congregate on the islands and sandbars in the Wisconsin River near Baraboo, Wisconsin. Last Wednesday, some of our upper and middle school students witnessed the gathering of these cranes ( called “sedges”) as they follow a predictable pattern to feed on cornfields before migrating longer distances. The students learned that less than 100 years ago, migratory birds were hunted. Populations of the sandhill crane had plummeted to only 45. With the passage of the Migratory Bird Act and the donation of this land by Aldo Leopold (author of the Land Ethic and The Sand County Almanac) the population has rebounded to thousands of sandhill cranes and an occasional whooping crane ( who are also fighting back from the brink of extinction).

Spectrum students took a wagon ride out to the bird blind where they saw 3-5 bald eagles eyeing the flight of the cranes to the sandbar area. While observing the cranes one of the students replied “I won’t see anything more beautiful in my entire life”. As we left, our tour guide thanked us for bringing “such intelligent students,” to the Aldo Leopold Center. To learn more, you can view the documentary “Green Fire,” which tells of Leopold’s life and legacy. The Leopold Pine Island is an important bird area of 17,000 managed acres to aid avian conservation. During these days, this is a very hopeful environmental message.

Upper Elementary was putting in work, getting ready for the Holiday Concert in December!

While some of the class went to see the cranes in Baraboo, the rest of us worked on our passion projects

That's a wrap for this week's Bluejays' Journal! 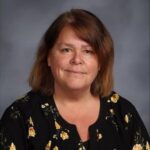 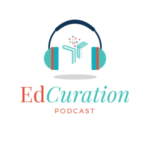