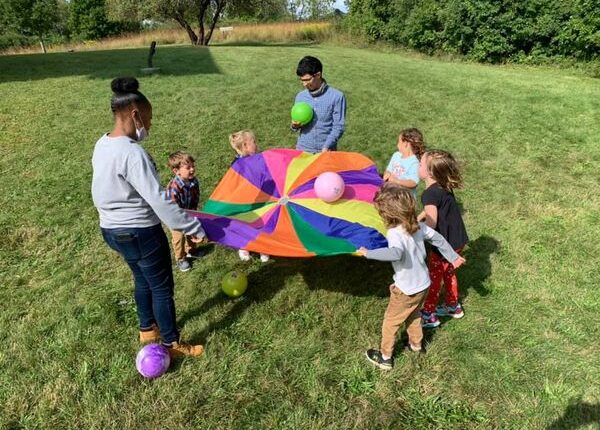 Monday, we celebrated Alex’s 4th birthday! I don’t think I’ve introduced Scooby Doo. He’s our puppet (named by the kids) and he has a baby. Scooby Doo has to wear a mask like all of us, but his baby doesn’t. At certain times of the day, the classmates can come and whisper something about their day to him.
While hiking Monday, we studied the prairie to see if any deer have slept there. So far, no sightings. However, we did spy turkeys and, I think, a millipede (he’s really hard to see)! The kids discovered if they put their hand or finger in front of the millipede, it will move in another direction. Finally, we painted using pine needles!!

Today, the Explorers had fun building boats, towers, and patterns. They have also been watching a pumpkin in the garden. It’s still green and bigger than the rest! Will it get bigger or change colors? They also spied some smaller pumpkins that just started to grow!

Some of the boys created a game called Queen Castle, where they had to run around using there imagination, and the stage was their castle. Eventually, they turned into Kings! Happy middle of the week 🙂

Thanks for stopping by! 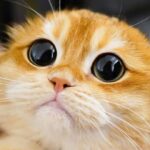 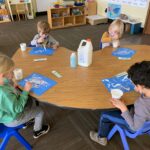 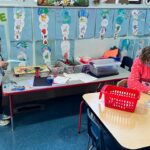